A language student steps into the clinic

On August 23rd, for the first time in two and a half years of Chinese language studies, I wore again my white coat and stepped into a Chinese medicine consultation room. That was at China Medical Hospital in Taichung, Taiwan, in the department of internal medicine. It was also the first time that I entered a Taiwanese (as opposed to Chinese) Chinese medicine hospital and that didn't have the support of an interpreter. I felt both excited and relieved at the idea of finally being back in a medical environment and also curious to find out how much of the Mandarin I had been learning through textbooks, articles and essays was going to help me understand medical and Chinese medical jargon. 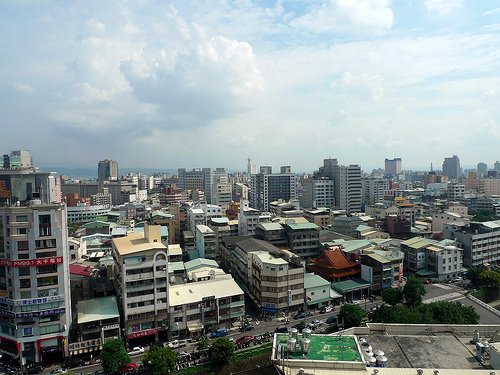 The Chinese medicine department at China Medical Hospital, one of the most important university hospitals in Taiwan, is structured quite differently from Chengdu Hospital of TCM (China), where I studied in 2006. For example, doctors record their notes on the hospital computer system. In Chengdu paper records are used, which are kept by the patient and brought to every consultation to be updated. This simple difference has various important consequences.

The computer system in use in Taizhong forces the doctor to work within a strict framework. There is a box for signs and symptoms (where any western medicine test result is also recorded), one for tongue and pulse findings and one for the general heading under which the patient's complaint comes. This last is a choice from a scroll down menu and needs to be done carefully as it limits what kind of herbs the doctor can prescribe and for how long. For example if a patient is said to suffer from a certain acute problem, the prescription can be for a maximum of two weeks. If said patient is about to leave the country and needs a three weeks' prescription, the doctor will need to find a way to classify their complaint as “chronic” (maybe choosing one of the minor complaints the patient mentioned, as opposed to the main one) so that the system will allow for a larger quantity of herbs to be dispensed.

A box that I found conspicuous for its absence is that of the Chinese medicine differentiation of the disease. The doctor would sometimes make it explicit to me, but the computer form did not require them to make a note of it. Western medical diagnoses, on the other hand, are always present. Upon questioning, one doctor told me that the Chinese pattern differentiation can be extrapolated from the prescription, but as the national medical insurance is run by western medicine doctor, therefore the Chinese medicine department need to speak a language that they can understand. This is indicative of the relative status of the two forms of medicine in Taiwan.

Two other major differences I noticed consist in the use of concentrated powders (or “scientific powders” as they are called here) that is common in Taiwan as opposed to that of raw herbs in China, and in the building blocks of a prescription. At Chengdu TCM hospital, most doctors choose a formula from the medical literature, or an experiential formula based on their own research, and modify it by adding and subtracting a few ingredients to suit the individual presentation of their patient. Small formulas — as in those made of 2 or 3 ingredients — can also be added to the core one. Doctors generally keep their prescriptions to a total of 12-15 herbs.

In Taizhong hospital, and in most private clinics in Taiwan as far as I am aware of, doctors prescribe a combination of traditional formulas, 2 or even 3 (all chosen amongst the ones within the hospital computer system and equally available to all doctors), plus a series of additions (individual herbs) to fit the specific presentation of the patient. As in powdered formulas the ingredients are cooked together before being made into a powder (as opposed to single-herb powders being assembled to make the formula), only additions are possible, but not subtractions. As a result, what the patient takes can be a combination of even 30 different herbs, some of which in minute dosage. Another limit that doctors have to work within is on the total weight/cost of the formula. Most prescriptions come under the national health system and patients need to pay only a nominal fee. The national health insurance allows for a maximum of 30NT$ (about 60p) per day per patient. Powders cost 15NT p/g, therefore doctors must keep within maximum daily dosage of 15g. The rule of thumb is to use between 3-4g per prescription and 1-2g per individual herbs. Patients need to pay for some more expensive herbs — for example ren shen and san qi - out of their own pockets.

Looking at the computer screen and at printed characters made it easier for me to try and keep up with the doctor-patient interaction. Depending on the complaint, I sometimes surprised myself by being able to read and understand all that was on the monitor; but other times I equally surprised myself by not understanding a single line of what I was readingâ€¦ To make a few examples, “endometriosis” is a word that even English native speakers, let alone foreigners, would not understand, unless they have undergone medical training or have been diagnosed themselves with it. But in Chinese the word for “endometriosis” is rather descriptive: zi3 gong1 nei4 mo2 yi4 wei4, literally “child's palace (the common term for uterus) inner membrane different location”, so the meaning can be easily guessed without knowing Chinese medical jargon. Another example is the potentially cryptic “periodontitis” (from the Greek: peri = around, odon = tooth, itis = inflammation), in Chinese a transparent: ya2 = tooth zhou1 = around, bing4 — illness. On the other hand, many simple words like those that name parts of the body, like shou3 zhou3, “elbow”,xie2 lei4, “ribs” or “side and ribs” cannot be inferred are something that I have never encountered in Chinese language classes, nor in daily conversation and so presented a much bigger challenge.

Looking at the computer screen also allowed me to notice the fascinating difference between the colloquial language used by doctors and patients in their dialogues, and the formal shorthand language in which doctors took notes. A patient would say “in the last few days my head and my body have felt hot. I don't sleep well at night” (zhe4 ji3 tian1 wo3 de tou2 gen1 shen1 ti3 dou1 hen3 re4, wan3 shang4 shui4 bu4 hao3). In the doctor's notes I would read seven characters: "jin4 ri4 yi4 shen1 re4 nan2 mian2", which translated literally sounds like: “recent day(s) easy body hot difficult sleep”. Formal, written Chinese is by nature concise, so this phrasing, besides being a convenient form of shorthand, is also a more stylish version of what the patient expressed in colloquial language.

The characters for the names of herbs and formulas weren't difficult to recognize. During my Chinese medicine studies in the UK we learned them by pinyin (Romanization). Most of these names are an unusual combination on fairly common characters, maybe with the addition of a grass or stone radical, or some other small variation that still allows you to guess their pronunciation. But because the pinyin we learned had no tones and the pronunciation of a character is intrinsically a sound with a tone, each name I read on the screen turned into something new just as I was recognizing it for the first time.

I now have a booklet full of notes on how to name symptoms in colloquial and formal Chinese, how to describe tongues and name parts of the body, illnesses and patterns. The secrets of Chinese medicine have to wait, but are one step closer.