For more photos and a Word Document version of this article please click here.

Part of Mazin’s TCM travels this year led him to subtropical, southern China. The Guangxi province, bordering the South China Sea and Vietnam, is a region with one of the greatest variety of medicinal plants in China. Guangxi is the second biggest producer of herbs in China, and the top producer of wild herbs, so the vast majority of herbs from this province are picked in the wild. Approximately 8,354 wild plants have been found in this region, most of them grow in abundance, but they also include 122 kinds, which are near extinction and under special protection (http://www.china.org.cn/english/features/ProvinceView/167754.htm). 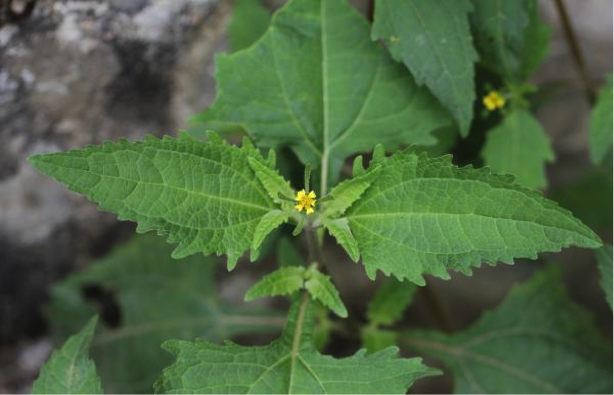 Taken mostly from Mazin’s enthusiastic account of the trip and the organizers reports, hopefully this will give you an insight into the many projects that Mazin is involved in when not treating patients at Avicenna. His two week trip included visits to herb farms to make contact with a new wave of young growers keen on organic farming and processing of herbs in the traditional way, visits to clinics, wild herb hunts in the karst mountains of the region and some erudite and intense discussions on traditional Chinese medicine (TCM), folk medicine and modern medicine, with the many experts he met along the way.

The Guangxi province has history dating back to the Eastern Zhou Dynasty (770BC ~ 221BC) although it was the Qing Dynasty (1644 ~ 1911) that gave the region the name used today. In 1958, the Guangxi Zhuang Autonomous Region was established, and it is now one of the five Minority Autonomous Regions in China with a population of over 49 million. Zhuang is the largest minority group of China with over 90% of them living in Guangxi. Although, more than 30 ethnic minority groups, including the Yao, Miao, Tong and Shui, have been living there harmoniously for 1,680 years. Amongst the many medicinal herbs seen on the trip there were many that are only used locally by the Zhuang people and other minority groups for their traditional folk medicine. Of the local Zhuang farmers that Mazin met, he said, “to have got a glimpse of how the people in the countryside know and use these substances made the ancient lineage all the more vivid. Forget two thousand years of history, the native populations must have been refining and distilling their knowledge since pre history, otherwise there could not have been enough time to amass the incredible details on how to use, process and combine the astonishing number of medicinal herbs that are traded and used.” 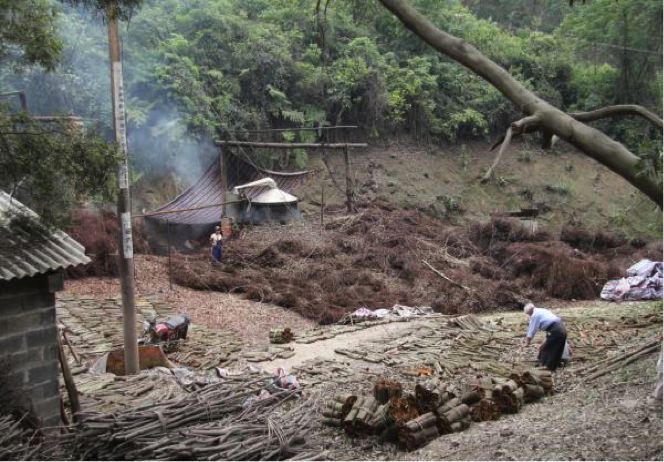 The trip started in Nanning, the capital of the region and an inspiring centre of the “back to roots” movement in Chinese Medicine. It has the most prosperous economy in Southwest China, producing an abundance of agricultural products. The largest Medicinal Herb Botanical Garden in Asia is found just outside Nanning, spread across an area of two million square metres it boasts over 2,400 different species and is divided into five sections with herbs ranged according to their curative effects and medicinal function. One of the scientific experts advising the trip, Professor Liu Shou Yang currently works in the garden, having also co-founded and taught as Professor for Pharmacognoscy at the institute of Pharmacology in the Guangxi College of TCM. Mazin described him as “a veritable encyclopedia with enthusiasm to match. He seemingly knew every blade of grass we passed.”

Whilst in Nanning, Mazin also visited the traditional research centre for TCM, the Clinic of Traditional Zhuang Medicine and the Clinic of the TCM University of Guangxi. The only TCM University established independently in the five autonomous regions of China, it was founded in 1956 with a focus not only TCM but also the medicine of the minority groups as well. It was one of the earliest universities to offer education to postgraduates and international students and is the only higher TCM institution in Guangxi to combine education, scientific research, medical treatment and pharmaceutical manufacture, covering the fields of medical science, pharmaceutical science, engineering and business management.
The trip then headed to a large nature reserve in the karst mountains, north of Nanning, where many medicinal plants can be seen in the wild. Southern China has some of the most typical and diverse karst landscapes in the world. In case, like myself, you aren’t familiar with the term, karst topography is a landscape shaped by the dissolution of a layer, or layers of soluble bedrock, usually carbonate rock such as limestone or dolomite, that leave very distinctive rounded mountain peaks.

According to Mazin, one of the many highlights of the trip was stumbling across what seemed like a family who managed a piece of land with cinnamon trees, “the cinnamon scent was beautifully heady and all pervasive.” Guangxi is the main production region within China for Rou Gui (Cinnamomi Cortex). What most of us would flippantly call a cinnamon tree is made into numerous different herbs in TCM. The Rou Gui grown in Guangxi is one of the main products used in TCM, and is typically sold in long, curled rolls.
For the Rou Gui, the bark is stripped (the outer layer of bark is removed to reveal the inner layer which is the medicine) and cut into smaller sections and bundled together to allow it to dry. The branches from those same trees are chopped down and fed into a simple but effective distiller where the fragrant oil is extracted. In TCM Rou Gui has pungent, sweet and hot properties and treats the heart, kidney, liver and spleen meridians. It warms the kidneys, fortifies yang, leads fire back to the source, disperses deep cold, warms and unblocks the channels, alleviates pain and encourages the generation of Qi and Blood. Orally it can be used as an antispasmodic, antiflatulent, appetite stimulant, antidiarrheal, antimicrobial, anthelmintic and for treating the common cold and influenza. 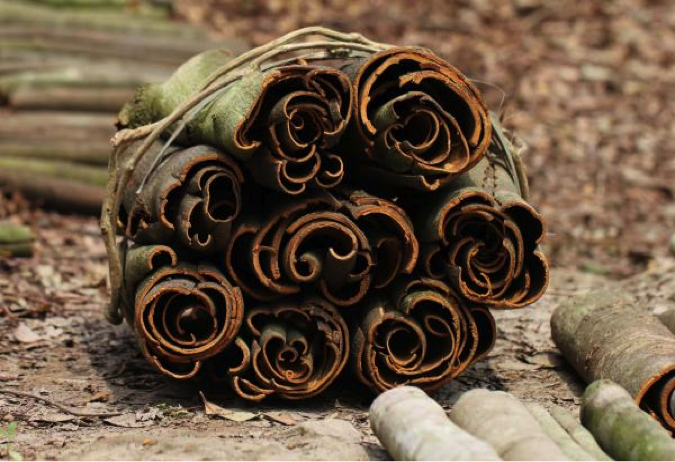 Bundle of Rou Gui. Used in TCM to warm & strengthen the ‘mingmen' (Gate of life)

Gui Zhi (Cinnamomi Ramulus) is another common herb used in TCM, similar to Rou Gui. Made from the same species of tree but grown differently. Instead of the bark, it is made from the smaller braches, which are taken from trees that are pollarded or coppiced from an early age, the pruning encourages a dense growth of smaller branches, which are harvested regularly to form Gui Zhi. Unfortunately, this process wasn’t seen on this trip as it is apparently more commonly produced in the northern parts of Guangxi. In TCM Ghui Zi has pungent and sweet properties and treats the heart, lung and bladder meridians. It releases the exterior muscle layer, transforms Qi to mobilize water, warms the channels, fortifies yang and disperses cold. It is used for urinary tract disorders, mucous membrane inflammation, and for treating the common cold.

During the trip they encountered a few plants that some of us may recognize such as Turmeric (Curcumas: three different varieties are used in TCM), Cardamons, Peppers and also a lot we might not such as Dan Shen, Ji Xue Teng, Fu Ping, Xi Xian Cao and Qinghao! Although, I think that’s enough TCM for now before I boggle your and my own mind any further! Mazin’s final thoughts, “The trip to China was wonderful, it took us through spectacular scenery, forests, river banks, mountains even the sea shore. It has put yet another spin on my appreciation of this fabulous land, its people and their medicines.”