The Chinese Language and Turtle's Feet!

On the Chinese language and turtle’s feet

Recently I had an interesting exchange with a Taiwanese friend of mine. She told me that she’d visited a pet shop and seen some interesting turtles. One of them, she said, had a very particular kind of back, the central plates being not flat but in the shape of small pyramids. She drew a picture for me: 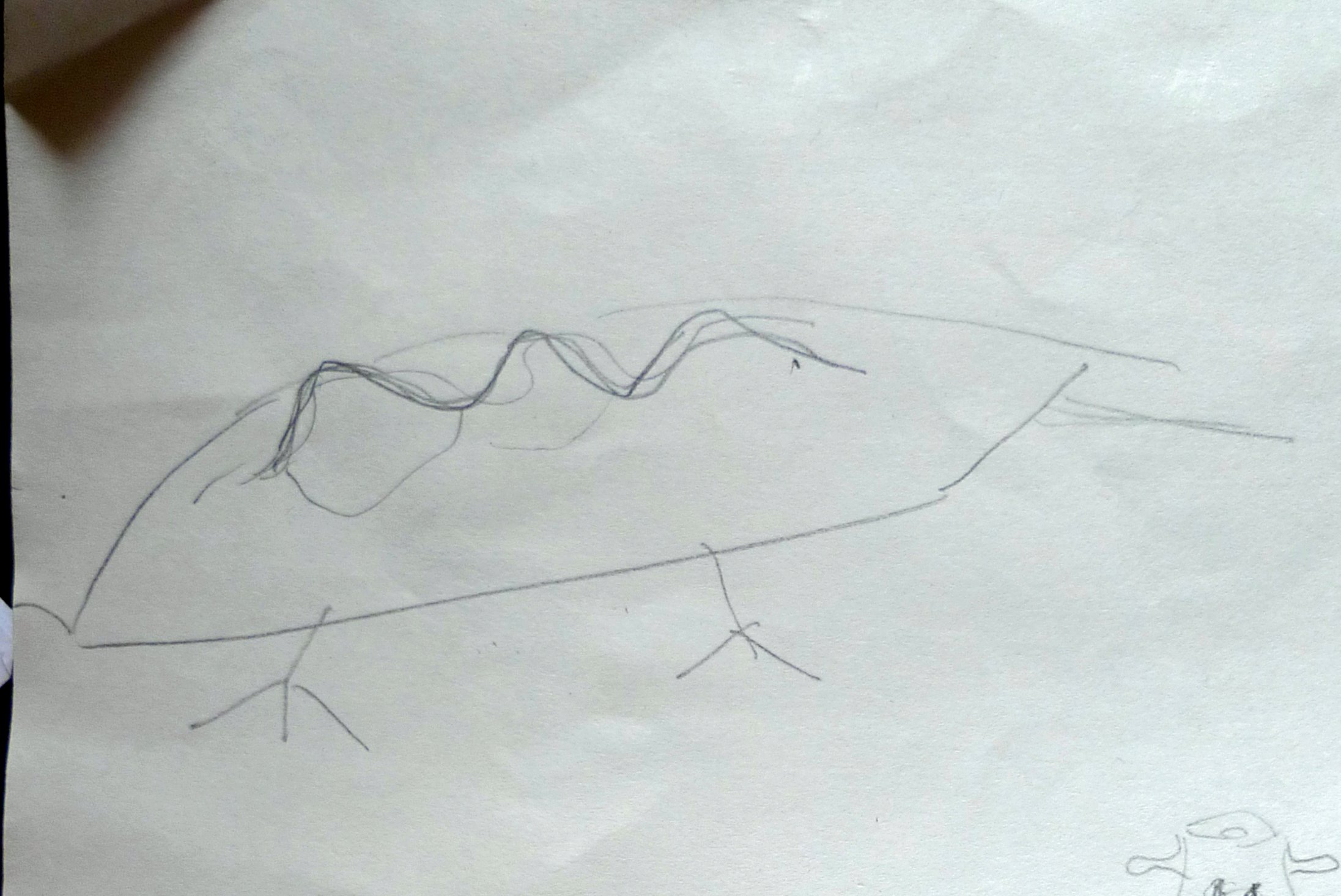 As she was telling me how amazing this turtle’s carapace looked, what attracted my attention in her drawing were rather its feet. Not that I am very familiar with these animals, once I had two of them as pets when I was very young, but I am pretty sure that their extremities do not resemble those of chickens. I remember them being short and sturdy, possibly with claws.

My friend continued her story about all the varieties she’d seen in the shop, and later drew the Chinese character for turtle, which in traditional characters[1] is notoriously difficult to write. There are five categories of characters in Chinese; to greatly simplify matters, we can say that some represent a stylised picture of what they mean, others are an abstract symbol of their referent, others a sound and others again some combination of the above elements.

It is estimated that pictograms, that is characters that are a stylised and standardised picture, roughly make up 4% of all Chinese characters. The Chinese word for turtle is one of them.

My friend, who is a retired primary school teacher, knows how to write characters well, and her “turtle” was as large and clear as any Taiwanese child or foreign student might have wished for. This is what I saw on our piece of paper:

Can you see a turtle there?

The top part is the head; the square with the cross in the middle on the right hand side is the back, the cross inside the square representing the pattern drawn by the plates. The horizontal line underneath it and ending in an upward hook on the right is the tail and the two three-pronged forks on the left are the feet. It is pronounced gui.

Suddenly I got it! Although my friend when in the pet shop had been examining different kinds of turtles, when it came to making a picture of it, what conditioned her memory and guided her hand in drawing a picture for me was the pictogram she’s been reading and writing for over 50 years. That’s where those chicken-like feet came from!

Written language is often described as a symbolic representation of the spoken one and ultimately of our thoughts. However, this case seems to indicate that, at least in some cases, the way we write also contributes to determine how we think and what we perceive in the world. I am starting to see how that happens for Chinese speakers. I imagine it must be also true for people like us who use alphabetic languages; for now I feel blind as to the ways in which this happens. Let’s look for clues!

[1] Traditional characters are those still used in Taiwan, as opposed to their simplified version that was introduced in mainland China between the ‘50s and ‘60s.